Firearms: Amnesty and when to shoot 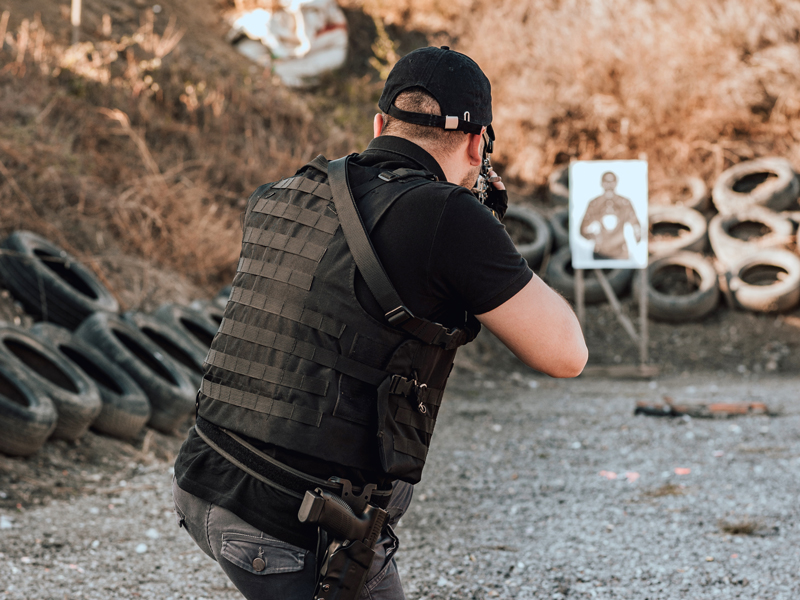 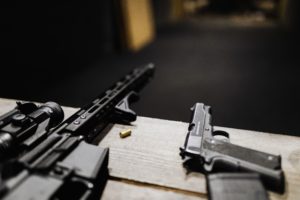 The vast majority of legal owners of firearms spent their hard-earned money on a hand-gun for one reason – to protect themselves and their families against a possible criminal attack. (The rights and responsibilities regarding when one may shoot to protect oneself and one’s family will be discussed below.) Isn’t this a bit drastic? After all, we have the police service to come to our aid in emergencies. Unfortunately, the opposite appears to be the reality. The South African Police Service (SAPS), through the National Commissioner of Police, Gen. Sithole, has already stated that the SAPS doesn’t have the capability to comply with its constitutional mandate. In other words, SAPS cannot adequately protect the citizens of the country and their possessions. But this is not where the SAPS’s dilemma ends.

In 2019 the National Treasury indicated that the SAPS budget would be cut by several billions of rands. During the past six years, 4 357 firearms and 9.5 million rounds of ammunition in the possession of SAPS were lost, and 71 police dogs died owing to gross negligence on the part of SAPS. The list goes on. In addition, it is general knowledge that South Africa’s borders are in tatters and can easily be crossed by the inhabitants of the rest of Africa with their luggage, which unfortunately includes illegal firearms.

Taking the above into account, it’s clear that the argument that possession of firearms is too drastic, can be immediately rebutted. It also becomes clear that individuals, but also communities, should take control of their own safety and the protection of their families. In view of the fact that criminals are likely to use firearms to threaten the safety and lives of individuals and their families, it is only logical that the innocent targets of criminals should also have the capability to successfully ward off any attack. The most effective way in the circumstances South Africans find themselves in, appears to be the lawful use of their own firearms.

Immediately we find ourselves even deeper in the rabbit hole. What does the lawful use of firearms to protect an individual and his/her family entail? The answer to this question is twofold. Firstly, one has to determine when an attack may be fended off using a firearm. The act of defending the life of an individual or another person is called “self-defence”. Self-defence is a ground for justification that protects the person carrying out the act of self-defence against successful prosecution for murder, assault etc., because of the fact that the individual has the right to defend himself and another person against an unlawful (illegal) attack.

However, some obligations are attached to this right – “A person acts in self-defence, and his/her action therefore is lawful, if he/she is protecting himself/herself or another person against an unlawful attack that has already commenced, is immediately threatening and is aimed at his/her life or that of another person, provided that the act of fending off is essential to protect the life being threatened, is aimed at the attacker and is in a reasonable proportion to the attack (State vs Engelbrecht 2005 (2) SASV 41 (W) 106 par. 228.” (My emphasis)

We now know why we should have a firearm and how to use it lawfully to protect ourselves and our families. But the rabbit burrow goes even deeper. What is the current position regarding firearm licences that have been issued but have lapsed? The old firearm licences (“green licences”) were governed by the now repealed Arms and Ammunition Act, No 75 of 1969. Any firearm licence issued in terms of the Act in those days was not subject  to a time limit, and you could legally possess the firearm in terms of the licence for the rest of your life.

However, this situation changed when the Firearms Control Act, No. 60 of 2000, came into operation. In terms of this Act, the “green licences” have to be converted to the “white licences” issued in terms of the new Act within a specified period. A large number of holders of the “green licences”, however, did not comply with this requirement, and in 2009, shortly before the expiry of the time allowed, the matter was taken to court in order to challenge the transitional provisions. The court granted an interim order, stating that the holders of “green licences” are deemed to be in lawful possession pending consideration of a main application. This application has not been submitted to the court, and the interim order still stands. This means the holders of “green licences” are provisionally deemed to be in lawful possession of their firearms.

Firearm amnesty- everything you need to know

In my mind’s eye I already see a number of readers of this report breathing a sigh of relief and reaching for champagne bottles in celebration of the weight removed from their shoulders, but we are still in the rabbit burrow, which has a further side tunnel.

The Minister of Police, Bheki Cele, has declared an amnesty period from 1 December 2019 to 31 May 2020 in terms of the new Firearms Act. The main aim of the amnesty is to curb the circulation of illegally owned firearms. In terms of this, an illegally owned firearm may be handed in at the nearest police station without the person handing in the firearm being prosecuted for illegal possession of the firearm. In addition, the person handing in the firearm may anew apply for a licence for lawful possession of the firearm, and the firearm may be collected from the police station once the application has been approved.

Holders of “green licences” and lapsed “white licences”, respectively, therefore now have two options. The first is to ignore the amnesty period and fully rely on the protection currently granted by the interim orders, as discussed above. It should, however, be noted that the said orders are of an “interim” nature and may be set aside by a competent court at some stage, following which the person will be in unlawful possession of his/her firearm and will be liable to prosecution. The second option is to try to use the amnesty period, hand the firearm in at the nearest police station and apply for a new licence for lawful possession of the firearm.