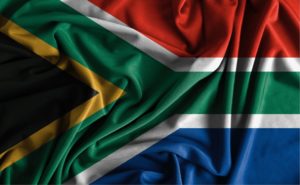 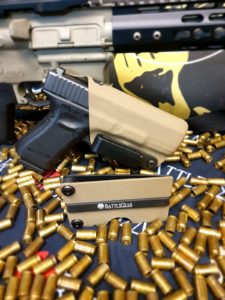 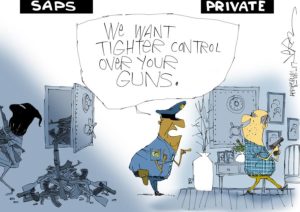 Section 13 of the Firearms Control Act grants a person the opportunity to posses a firearm for self-defence purposes. Should it be necessary for a person to then protect him/herself or someone else, the following must be adhered to:

“A person acts in private defence, and his/her action therefore is lawful, if he/she is protecting himself/herself or another person against an unlawful attack that has already commenced, is immediately threatening and is aimed at his/her life or that of another person, provided that the act of fending off is essential to protect the life being threatened, is aimed at the attacker and is in a reasonable proportion to the attack”

“It seems to be quite obvious” you might think. But let’s change the scenario. It might happen that your self-defence firearm is send for repairs, modifications or is simply not immediately within reach, but your rifle, licensed in terms of section 15 as a occasional hunting rifle, is. Can I use this rifle to fend of an attack? Will I be in trouble as I utilized the rifle for self-defence purposes when it is only licensed for occasional hunting or sport?

The first question any law enforcement officer and/or magistrate, prosecutor or judge will ask is “Did the person act in private defence, and did he/she adhere to the elements thereof?”. If the answer to this question is yes, it is highly unlikely that a person will be charged for the murder of the assailant, and, in the unlikely event that he/she is charged, he/she will have the defence of private defence in court, a defence with the power to have the accused found not guilty of the charge. It must also be kept in mind that section 15 of the act states that the firearm may only be used where it is safe to do so and for a lawful purpose. Private defence, when all requirements is met, will also be seen as a lawful purpose.

There is limits, however. A court or enforcement officer will find it strange if a person acted in private defence with his hunting rifle while doing a foot patrol for his local neighbourhood watch. The last mentioned state of affairs will raise eyebrows. Even though the patroller might succeed with the argument that he acted in private defence if he adhered to all of the elements and requirements, he/she might still be in trouble on other charges. The carrying of the rifle might for instances be one of the alternative charges its owner might face. The act states that the rifle must be carried in a holder designed manufactured or adapted for the carrying of the firearm when carried in public , if not, the person carrying the rifle is committing a criminal offence.

Let’s change the scenario again. In the event that criminals break into your house and hold you at gunpoint, will it be legal for your wife to open your safe, take your hunting rifle and negate the attack on you? Or will she be prosecuted because she is in possession of a firearm she is not licensed to be in possession of? The law also make provision for this circumstances. To act in “necessity”, the following must be adhered to:

“Someone acts in necessity, and his/her conduct is lawful, if she/he acts in defence of his/her or someone else’s life, body, property or any other interest that is safeguarded by law, which are being threatened by a danger which already started or which is imminent, and which cannot be negated in any other way. The act must be in proportion to the interest that is being protected. The act that threatens an interest can be in the form of an act by another person or because of a converge of circumstances .”

One of the main differences between necessity and private defence is that in the case of necessity, one needs to decide whether to have someone suffer an injury or to intrude on the interests of a 3rd party and/or to transgress legislation to avoid and/or stop the suffering.

Will your wife therefore have a defence for being in possession of an rifle which belongs to her husband, and utilizing it to save her husband’s life? The answer is in all probability yes, as long as she adheres to the requirements and elements of the defence of “necessity”.

It is clear from the above that a rifle or any other firearm not necessarily licensed for self defence purposes may be utilized to defend yourself or your family, or may even be used by your family to defend you. It cannot be stressed enough however, that when one wishes to make use of the defences discussed above, it must be done as a last resort, and the elements and requirements must be strictly complied with.