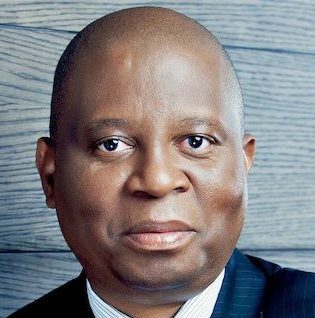 ActionSA has successfully filed our submission to Parliament on the ill-conceived Firearms Control Amendment Bill as part of the Public Participation process on the Bill. If brought into law, the Bill will limit South Africans’ ability to protect themselves whilst ignoring criminals’ use of guns on our streets. In addition to our formal analysis of the Bill, we have submitted a petition of over 2000 South Africans who are also opposed to the Bill and demand that their voices be heard.

It is no secret that South Africans are not safe. The violence and looting that we saw in KwaZulu Natal and Gauteng in the last three weeks brought this fact into sharp focus and exposed law enforcement authorities’ failure to protect South African lives and property.

The scale of the loss of lives, livelihoods, and damage to public and private property would undoubtedly have been worse if communities were not allowed to practice responsible firearm usage to protect their loved ones and property as our hapless law enforcement authorities waited for political instructions to execute their constitutional duties.

Firearm Bill: Owning a firearm is your last line of defence – DA

We are also acutely aware that no law enforcement agencies, working anywhere in the world, would be able to keep citizens safe without the adequate resources, leadership and support. Our men and women in the SAPS have continuously been denied this. The responsibility for this must be placed at the foot of the governing ANC which has spent years bending the various agencies to their political will in the advancement of their narrow factional agendas, to the detriment of the agencies and the safety of South Africans.

ActionSA supports responsible and stringent firearm control measures, but this Bill will only serve to punish law-abiding citizens while doing little to address the proliferation of illicit guns used by criminal elements. If passed as it currently stands, the Bill will potentially harm the private security sector which we all saw play a crucial support role in restoring the order that was lost recently, with the effect of further placing South Africans in danger whilst simultaneously adversely impacting our ailing economy and also enforce unreasonable restrictions on sport shooters and game hunters.

The ANC-led government argues that the low instance of gun violence in countries like Australia, Japan, and the UK, against whom it inexplicably benchmarks South Africa, are attributable to strict firearm control legislation. However, the socio-economic conditions in these countries are not remotely comparable to South Africa. Ironically, the ANC’s actions betray this bluster and acknowledge that they know this is a false comparison; South Africa’s VIP Protection Budget of R1.7 Billion means that we spend more on the protection of ANC government officials than we do on forensic services, specialised investigation or crime intelligence operations.

In our submission, we propose that to build a safer South Africa, the South African Police Service, as led by the Ministry of Police, should follow the policy interventions suggested by ActionSA, rather than trying to pass deeply flawed legislation that will only disadvantage law-abiding South Africans:

While the proliferation of unlicensed firearms in the hands of criminals adds to the levels of violence in our society, the answer cannot lie in targeting already vulnerable law-abiding citizens.

To restore the Rule of Law in South Africa, we must reform our Criminal Justice System, capacitate law-enforcement agencies, and ensure harsher penalties for criminals. It is criminals that must live in fear of the consequences of their actions, and not the law-abiding citizens of South Africa.

ActionSA stands ready to provide an alternative to the broken political system that has failed South Africans. We are assembling a team of South Africans committed to public service and not service of political parties, who have the skills, experience, and knowledge to achieve our vision for a country that works for all its residents.