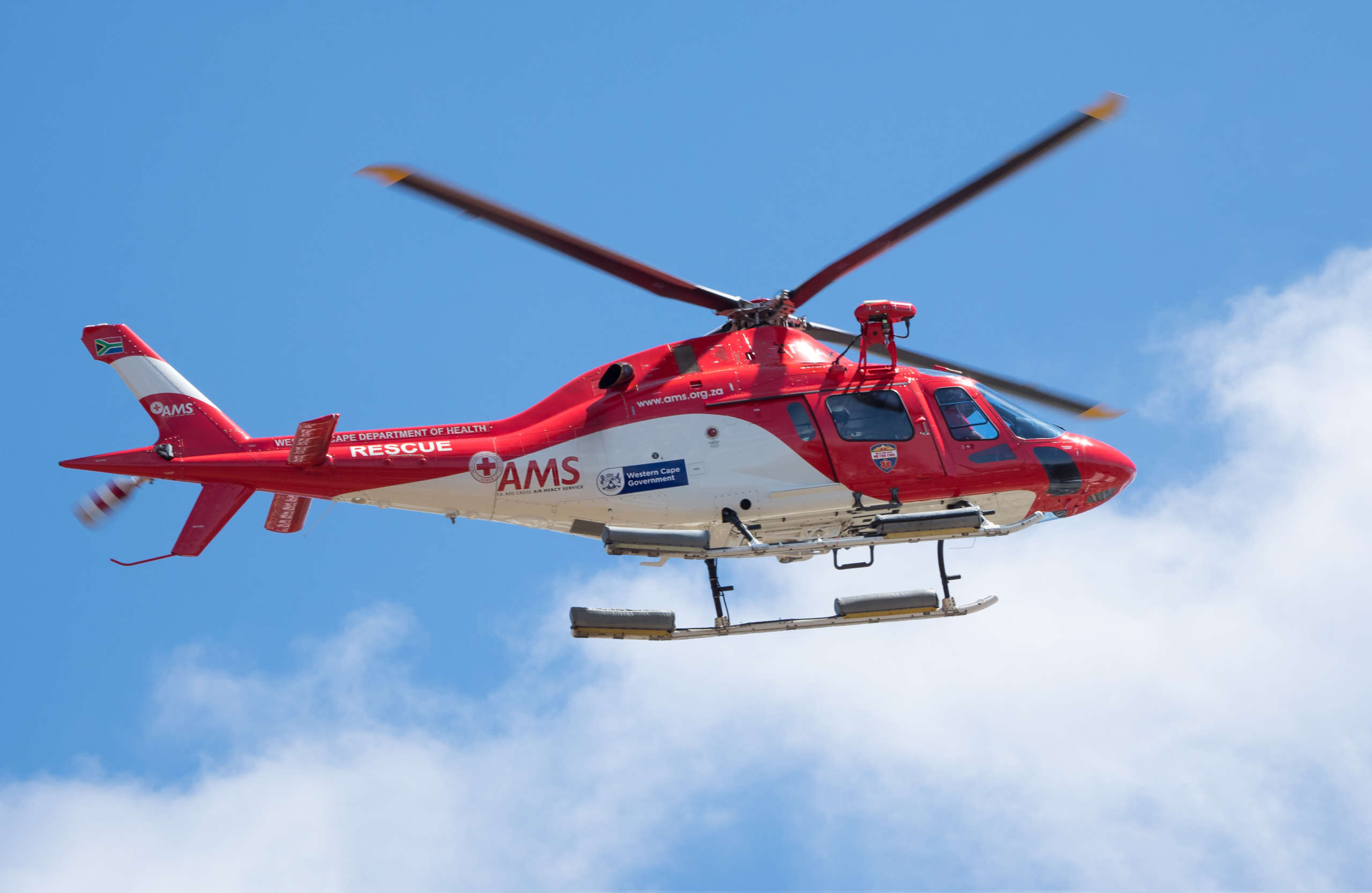 What is a “tactical medic” and what does it take to become one? Tactical medicine is a specialized field that requires intensive training, discipline and a unique relationship with the unit that he is a part of. Tactical medics have the primary responsibility of providing medical care to the frontline operational team, but their duties extend far beyond that task.

History
Tactical medicine have been around since early years. The battlefield commander usually had a doctor to be close at hand to deal with injuries, but only to the chosen few. In most cases, the commander survived on the battlefield, but succumbed at a later stage to infection caused by the wound. The foot soldier was merely seen as cannon fodder, and died of severe haemorrhage on the battlefield, without being cared for.

Historical accounts and personal diaries of military medics through the centuries are fascinating and show a steady progression of tools and techniques and an ever improving understanding of injury management. The Vietnam War showed that rapid transport to a higher echelon of care had a significant impact on survival.

In South Africa, the operational medic that accompanied every platoon into battle, had a very good reputation. They were trained combat soldiers, who completed a 16-week operational medic course. These medics were on the front line, enduring and taking part in active combat. They had access to advanced medication, specialised equipment and a wide scope of practice. With the incorporation of these group of medics into the HPCSA, along with the normal emergency medical services, a uniform standard was set wrt their skills set. They were unfortunately downgraded to an intermediate level, which implied that most of the scheduled medication was taken of their protocol, as well as certain skills sets, ie advanced airway management, insertion of a chest drain etc.

This obviously caused a skills gap in the combat zone. This was overcome with the training of any of the above 3, but preferably at least on ILS level, as tactical medics.

In all battle theatres, it was proven that controlling extremity haemorrhage and aggressive airway management, accounted for a significant reduction in the casualty fatality rate (CFR). The CFR is the percentage of those who are wounded in battle, die.

Prior to 2004, there were a significant proportion of deaths in American soldiers during the Global War of Terror (GWOT) associated with each of the following injuries:

It was noted that extremity haemorrhage was the most frequent cause of preventable battlefield deaths. Recently the use of tourniquets and a haemostatic agent was utilised with measurable success. Tourniquets were proven to save lives on the battlefield including 31 lives saved in 6 months by tourniquets after retraining. It is estimated that 2000 lives were saved with tourniquets during the Iraq conflict. It was also proven that arms or legs lost because of tourniquet use, is a fallacy. The use of tourniquets was banned for a long time from pre-hospital emergency care, but only recently reintroduced into protocol again.

Causes of preventable battlefield death are not that different from the potential injuries of law enforcement/ SWAT operators during high-risk law enforcement operations.

Today’s tactical EMS
Tactical medicine has become a discipline and specialty within law enforcement circles. There have been two major shifts in doctrine related to SWAT and law enforcement operations over the last 10 years. One change was focused on aggressively going after active shooters with whatever assets happen to be on hand, instead of waiting for a SWAT team.

The second has been to recognize the need for emergency medical contingency planning. This includes training officers in the basics of “self-care” and “buddy care” with the focus on bleeding control. The South African special forces operators are a good example of this, where one member of the small team of 4-6 soldiers, was a highly trained tactical medic, but is also part and parcel of the team. This person possessed exactly the same skills as the rest of the team, but is a specialist in a specific field, just as all the other members have their own specialised skill.

Another aspect of this doctrine shift is the inclusion of organic assets (the tactical medic), and involving, or at least notifying local EMS, hospitals about law enforcement operations that have a high risk for injuries. SWAT teams have increasingly a dedicated tactical medical component as part of their setup.

Some law enforcement agencies specifically employ a qualified medic, and provide him with tactical training to be incorporated as a fully fledged member of the team, while others send one of the team to complete EMS training, or specific tactical medical course. The latter may be a workable solution, however, it is unlikely that this this individual has the experience and patient assessment skill needed to be the best medical practitioner that is needed.

It may make more sense to train an experienced medic to work in a warm zone environment and keep the scope of that person’s job as the medic.

The advantage of training with the team.
The tactical medic has specific knowledge and talents that should be shared with all other members of the team. While other members of the team are first responders, they are not likely to get the same practice and experience that the medic does. If the medic can gain 20-30 minutes during a training session, that time can be put to good use doing “member down” or “immediate-action” drills where the medic provide initial intervention by performing airway management or haemorrhage control. The more realistic you make it and the more you are able to put relevant scenarios into context, the better the learning opportunity will be and the more the team members will appreciate it.

Each member on the team should have at a minimum:

It is proven that 90% of the deaths that occur in the prehospital phase, about half of the battlefield deaths are due to haemorrhage, and the majority of haemorrhages occur on the battlefield. These facts can be reasonably compared to threats in the civilian tactical environment, and provide a better preparedness of team members to immediately help themselves and each other. The Emergency Bandage is an excellent example of a simple and cost-effective product that every team member should have. It is however, just like performing any skill, the best to master any skill during training and not in the heat of the battle. The answer to this is obviously constant training and retraining!

Other ideas for short training sessions might include: finding a carotid pulse without occluding the airway, using a pocket mask effectively, splinting a long bone fracture, maintaining c-spine precautions, learning how to perform a quick physical assessment and report your findings over the radio, etc.

Tactical EMS models
There are countless workable models for the incorporation of a medical contingency plan for operations. Some of the more common models are:

The tactical medic
The Tactical Medic is the logical liaison to the on-scene EMS assets that support tactical operations. The Tactical Medic will have a face-to-face meeting with EMS supporting units (private or government ambulance services) if they are available.

It is imperative that EMS providers are not put in harm’s way and are not allowed to enter a scene where there is a shooter, or other threats are still possible. In an active shooter type situation, once the threat is eliminated, the scene is no longer a hot zone. A quick sweep from a SWAT team can confirm this assumption.

If there are significant casualties, the next priority should be to escort the EMS providers into the scene quickly and safely into the newly created “warm zone.” They would work closely with the Tactical Medic throughout the event.

Scenario of a tactical mission
On a typical hypothetical SWAT operation there are several phases and steps that take place well before the “hit”. Most often, the mission is a planned high risk search or arrest warrant. After getting a “warning order”, the team operators and all of the support elements (medical, communications, negotiators, etc.) typically convene at a Forward Staging Area (FSA).

A briefing will occur, where mission goals, subjects, and target location layouts are reviewed. The tactical medic then calls the local EMS transport provider to have an ALS ambulance stage close to the location.

Most times if EMS is notified beforehand, they are welcome into the briefing. The local EMS crews are given instructions and a communications plan. In most cases they follow the vehicle convoy in and are in close proximity to the target location. Local hospitals and trauma centres are notified that the mission is taking place and to be on alert in the event of casualties.

In short:
Tactical medicine is an exciting and evolving field of emergency medicine and is not meant for the fainthearted.

Thomas van Dalen is an ex SADF senior officer, serving 14 years in the Infantry corps, with experience in the Angolan war, as well as spending 6 years in urban warfare. Thomas is also a qualified advanced life support paramedic, with vast experience in the private EMS as a paramedic and operations manager for the largest private ambulance service in South Africa. He spent time in the corporate environment as part of the top management team of an international medical services team.