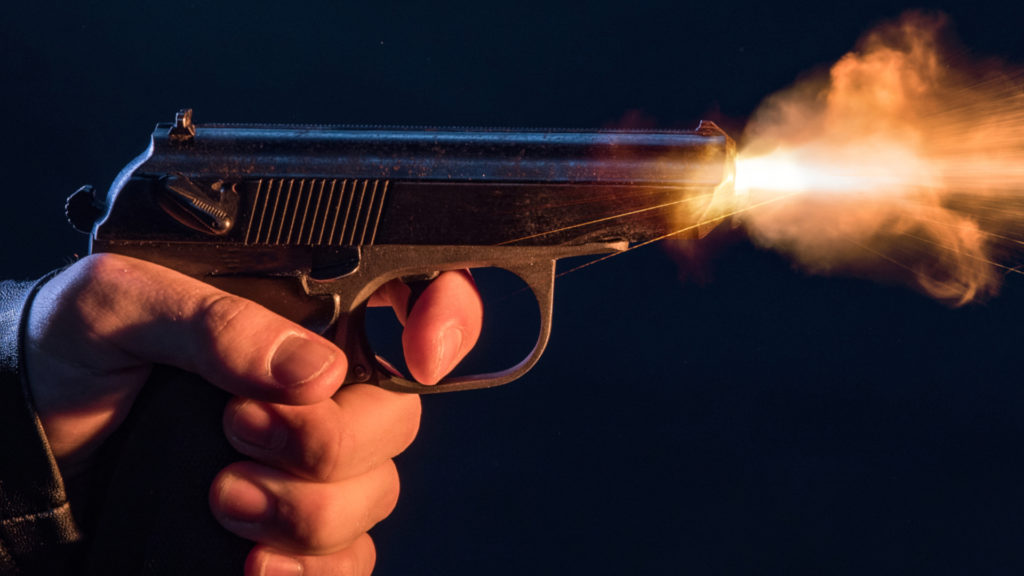 Some of the most brutal crime scenes I’ve experienced during my days as a forensic expert in the South African Police Services (Saps) were where a firearm was used.  This was either in the form of a victim or victims who were shot and severely injured, or the victim or victims were fatally wounded. Then of course there are those who committed suicide. In all the above as mentioned, the firing of a firearm constituted the release of gunshot residue (primer residue) and propellant.

To the uninformed or untrained individual, the importance of such residue and propellant are often missed, even at times to members of the Saps or security personnel who arrive first at such scenes. Crime scenes must be well managed in order to persevere with any form of evidence. Many times, cases are thrown out of court either due to a lack of evidence or whereby evidence was actually contaminated due to various ignorant and sometimes purposeful acts at the crime scene. My guideline is addressing the importance of primer residue and propellant in order for all those coming across such a crime scene to understand the importance of it as evidence and in the process is able to preserve the crime scene.

When the hammer or firing pin strikes the rim of a rimfire cartridge, the inside of the rim is compressed, whereas in a centerfire cartridge, the base of the primer cap is forced towards the anvil. The resulting compression of the primer mixture initiates the shock sensitive reaction. The energy of this reaction, in turn, initiates the rapid combustion of the propellant. These reactions produce very high temperatures between 1 500 and 2 000°C and a pressure +- 10 4kpa that causes the components of the primer mixture to vaporize.

As the vapors expand and cool, the reaction products condense to form small particles. The latter is ejected predominantly in a forward direction along the barrel, but also backwards and sideways. In this way, primer residue is expelled from the muzzle, breech and any other ports or clefts in the firearm. The process results in the disposition of primer residue on the hands and other parts of the shooter as well as on the target should the target be nearby. A variety of techniques are used for the detection of firearm gasses. The techniques usually employed were designed for either primer residue or propellant residue tests.

The morphology (shape) of the particles together with the chemical composition makes these particles unique. The composition consists primarily of silicon, antimony, barium and lead. Unique implies that these particles can be positively identified as being only from the primer of a cartridge. Primer residue is spheroidal and very small, with an average size of 1 to 10 micrometer. These particles could easily get lost, due to hand activity, since they are only laying loose on the hands.

The safety pin is pulled out, and once the grenade is lobbed, the safety lever is released. The firing pin spring is allowed to expand and to fire the primer. Primer residue is released, the timer fuse burns and the grenade will explode after the set time which is around 10 seconds.

When a person tests positive for primer residue, it could be as a result of one of the following reasons:

When a person’s left hand tests positive for primer residue, it doesn’t necessarily indicate that he is left handed or that he used his left hand to fire the firearm.

Time lapse is the time between the discharge of a firearm and the time the primer residue test was performed. The maximum time lapse is 2hrs 30 min. In the case of a deceased, there is no time lapse.

1.8.1 In all shooting incidents, samples must be taken from both hands of all suspects in order to establish the presence or absence of primer residue particles

1.8.2 The test should be performed on the hand between the thumb and the index finger

1.8.3 The best chance for a positive result is when samples are taken as soon as possible within 2hrs and 30min after the incident

[87] “I have deliberately extended the judgment in dealing at length with the issue of Gunshot Residue (GSR), and on which much has not been researched and written, purely in order to ensure that the correct verdict was pronounced in the present matter.  Indeed, there are other foreign and international research articles, some of which are critical, and sceptic about evidence of GSR, and recommends a cautious approach thereto, which are all rather instructive.  For example, in Forensic Sciences, Critical Review Criminalities (available on line at: onlinelibrary@wiley.com), at page 13, the learned authors opined that, “the presence of GSR on an individual is not exclusively indicative of firearm discharge … Investigations have high-lighted the possibility for GSR to undergo secondary, and even tertiary, transfer (62) and also the potential for GSR particles to deposit onto an individual walking through a recently contaminated area”.

[88] Back to the present matter. The facts in the above case law are obviously distinguishable from the facts in the present matter. The taking of the samples from the accused, the storage, the transportation and analysis thereof were not seriously challenged.  The only lame challenge emanating from accused 1 and 4, was that at the time of the taking of the samples, the accused still had blood on their hands as a result of the dog bites, and that this could have led to the compromise and possible contamination of the samples.  No authority was proffered to the Court for the proposition; neither could I find any in my extended research. Other than the above, the accused implicated merely denied the results of the GSR analysis, and failed dismally to explain why it was found present on their hands. I must accept the results of the GSR analysis in these circumstances.  There was no counter expert testimony presented.  I must also at this stage, make the specific finding that, the murder allegations, where the accused were proved to be involved, showed that the murders were not only pre-planned, and pre-meditated, but also carried out with precision and in pursuit of a common purpose, all seemingly based on the rivalry and competing interests and rivalry at the Genesis mine dumping site.”

The ammunition of modern rifles and weapons consist of four basic components:

The amount or to what extent the propellant particles will be on target, will in both instances depend on the target. Propellant will easily remain on clothing, but not necessarily on a piece of glass. The particles will, depending on the rigidity of the target, either be shot into or fall off the target.

2.1.1 The dispersion of the propellant, if it is close enough to the target, is a function

of the weapon and ammunition

2.1.2 Most of the soot, smoke and propellant particles are under high pressure, which leaves the barrel in a volume

2.1.3 The volume enlarges, which could cause the target to tear

2.1.4 A specific weapon will disperse the gasses, smoke, root and unburnt propellant particles in a fairly constant fashion in a cone shaped form from the barrel

2.1.5 The substances will be carried onto the target over a short distance

2.1.6 The strength of the target will greatly determine the appearance of the hole in the target.

2.1.7 The presence of smoke and soot on the inside or back of the target gives an indication that the target was either penetrated or perforated

2.2.1 The distance of the weapon from the target could be determined by the presence, appearance and distribution of the substances, by doing tests with the specific weapon and ammunition.

2.2.2 A shot fired near the target will have a prominent smoke and soot deposit

2.2.3 The moment a shot is fired with a specific weapon, the gasses that come into contact with the atmosphere, will produce a flame

2.2.4 If this flame, of which the size is dependent on the weapon used, is close enough to the target, the target will be blackened and partially burnt

2.3.1 The clothing of a deceased is the most important exhibit used for the determination of distance

2.3.2 The clothing is examined optically such that the dispersion pattern of the propellant, as well as the density and diameter thereof could be determined.

2.3.3  In spite of the fact that clothing are often stained with blood, the dispersion pattern of the propellant could be determined by means of infra-red image analyzer

2.4.1 Chemical tests confirm that which was observed on the target, was indeed propellant.

2.4.2 The partly burnt propellant particles contain nitrite, and these tests specifically test for the presence of nitrites

2.4.3 Propellant is manufactured by the nitration of cellulose with sulphuric and nitric acid

2.4.4 These nitrates form the nitrites during combustion

2.4.5 Nitrites are not unique to propellant, it can also be found in manure

2.4.6 The dispersed propellant particles and concentration should be interpreted with other chemical information.

Contamination is a big problem with the determination of propellants. Causes for contamination are the handling of exhibits without gloves.

2.5.1 If the entrance wound was through clothing, the clothing should be placed in clean exhibit plastic bags

2.5.2 If the entrance wound was through the skin, the following procedure should be followed:

30cm. A lot of conclusions could be made from the form and tattooing

as a result of burns

2.5.3 Use clean cotton wool, acetone, and gloves for the acetone smear around the wound.

2.5.4 The wound should be smeared thoroughly

2.5.5 The cotton wool should be put into a container which is acetone resistant