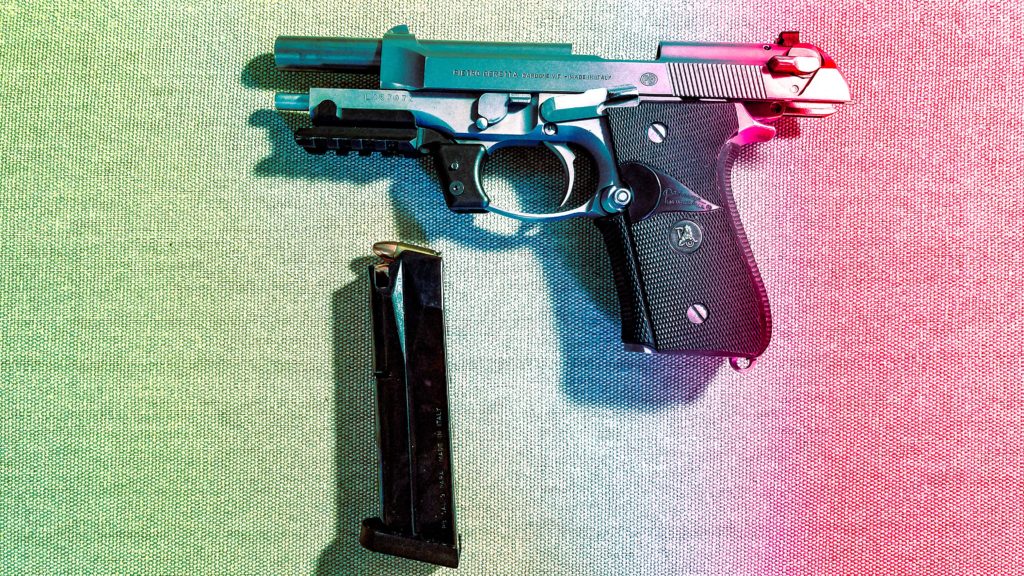 Before a person may possess a firearm in South Africa, he or she must first obtain a firearm licence from the South African Police Service. A person needs a licence for every firearm that he or she possesses.

The process starts at a firearm training centre, and not at the police station, since potential firearm owners must first successfully undergo the prescribed training at an accredited training institution to obtain a training proficiency certificate.

The application process consists of two phases. The first phase is to establish whether an applicant is competent to own and operate a firearm and can take about 90 days to complete. The second phase consist of the actual application process to obtain a firearm licence. This can also take 90 days under normal circumstances, although several delays have been experienced over recent years.

The two phases cannot be done at the same time and there is no other way to streamline the process or obtain a licence to own a firearm.

In South Africa, the Firearms Control Act 60 of 2000 (the FCA) regulates the possession of firearms by civilians. Since July 2004 such possession of a firearm is conditional on a successful competency test and a variety of other factors, which include background checking of an applicant, an inspection of a potential owner’s premises, and licensing of the weapon by the police.

In South Africa, the FCA stipulates that citizens or permanent residents over the age of 21 years (or younger, if a need can be proved) who wants to own a firearm are required to first obtain a licence per each individual firearm. Upon receipt of a successful report about the safe inspection, the applicant’s licence will be printed and sent to the DFO to be handed to the person against a signature on the SAPS 86 register.

Such a person may possess a maximum number of only four firearms, and a maximum of 200 rounds of ammunition per license. Should an individual however be able to prove ‘dedicated status’ as conferred by a registered shooting club, the individual may theoretically license an unlimited number of firearms and the said ammunition limits then also fall away.

The process is currently undergoing review, as the police has recently not been able to adequately or within reasonable time, process either competency certification, new licences or renewal of existing licences and the waiting period often exceeds two years from date of application.

The Central Firearms Registry implemented a turnaround strategy to significantly improve the processing period of new licences. The maximum time allowed to process a licence application is now 90 days.

How long does it take until an applicant will get his or her firearm licence?

The time a firearm license takes to get approved may also depend on the type of application.

The right to possess a firearm is not guaranteed by law in South Africa. The FCA in fact imposes a general ban on the possession of firearms except in limited circumstances, and then firearms may only be possessed with a license, permit, or authorisation issued under the provisions of the FCA.

An applicant must first successfully pass the prescribed test to prove his or her knowledge of the Firearms Control Act of 2000 as well as the prescribed training and practical test concerning the safe and efficient handling of a firearm at an accredited training provider.

All SAPS applications forms can be completed under the guidance of the training provider, photographs can be organised, motivations are discussed and assisted is given.

The Handling and Use of a firearm can be done by means of self-study and once again a Formative open book Assessment has to be done. Thereafter a closed book summative assessment can be done followed by a practical shooting session.

The completed application form together with the prescribed supporting documentation must be submitted to the designated firearms officer (DFO) situated in the area where the person ordinarily reside.

The following documentation must accompany the application for the competency certificate:

Upon receiving an application for a competency certificate, the Registrar may launch an investigation for the purpose of determining whether said applicant is a fit and proper person, is in stable mental condition, or has a tendency for violence or a substance-abuse problem.

An investigation will be launched in the following circumstances:

After the applicant has obtained his or her competency certificate, the person can complete the relevant sections of the SAPS 271 form, the Application for a licence to possess a firearm.

The completed SAPS 271 form must then be submitted to the DFO in the area where the person ordinarily reside.

The following documents must accompany the application to the DFO:

As part of the application process the DFO will take a full set of the person’s fingerprints on the SAPS 91(a) form (only for a competency certificate) and issue him or her with a remittance advice (SAPS 523(a)) and direct the applicant to the financial office at the police station to pay the prescribed fee.

The applicant must make sure that he or she receives a signed acknowledgement of receipt (SAPS 523) as proof that his or her application for a licence to possess a firearm was in fact submitted.

Application for a competency certificate will only be approved in the following circumstances:

Once a person’s application has been successfully considered, the DFO will ask the person to obtain and install a firearm safe that meets the standards set by the South African Bureau of Standards. This safe must be installed within 14 days and the DFO will then carry out an inspection of the applicant’s premises to ascertain that the requirements for a safe have been met.

How much does it cost?

At the time of writing, the cost of a Competence Certificate was R70,00 and that of the Firearm licence itself was R140,00.

Causes of delays in the application process

In addition to the South African Police Service Central Firearm Registry not being able to adequately or within reasonable time, process either competency certification, new licences or renewal of existing licences, it has also recently confirmed that firearm license applications have been further delayed, mainly due to the COVID-19 pandemic.

Like any other government department, the SAPS was also negatively affected by the pandemic, a situation which has resulted in unexpected consequences on its service delivery front. The virus had been the cause for employees to self-isolate occasionally after having tested positive or come in contact with persons who tested positive for the virus, and in compliance with the National Disaster Management Regulations and other safety related protocols, SAPS members were also operating at reduced capacity in order to mitigate the spread of the virus.

In light of these challenges during 2020, the Minister of Police approached Parliament with a request for the declaration of another firearm amnesty period after the amnesty that was declared from 1 December 2019 ended on 31 May 2020. This request was approved by Parliament, and a second amnesty period was declared for a period of six months, commencing 1 August 2020 and lasting until 31 January 2021.

In light of this situation, the turnaround time for a firearm licence application is taking more than the normal working days and the period for the finalisation of these applications has been extended to at least 120 working days.

Enquiries relating to outstanding applications may be directed to the local Designated Firearm Officer (DFO) where the application was lodged, or, in the case of no assistance forthcoming there, to the Station Commander of that relevant station or the District Commissioner, where such a station is located.

What laws regulate the possession of firearms in South Africa

Who is allowed to legally own a gun in South Africa?

Any citizen or permanent resident 21 years old or older, with no criminal record or disqualifying mental illness, is allowed to own firearms.

Can a person under the age of 21 qualify to obtain a firearm licence?

Yes, in certain circumstances, where a need for such a person to own a firearm can be proved, it is possible.

Who needs to go through the licence application process?

Before anyone may possess a firearm, he or she must obtain a firearm licence from the South African Police Service. Potential firearm owners must first successfully undergo the prescribed training at an accredited training institution and obtain a training proficiency certificate.

Why do you have to go through a licence application process?

Possession of a firearm is only possible after a competency test, background checking of the applicant, inspection of an owner’s premises, and licensing of the weapon by the police. An applicant must first successfully pass the prescribed test to prove his or her knowledge of the Firearms Control Act of 2000 as well as the prescribed training and practical test concerning the safe and efficient handling of a firearm at an accredited training provider.

What is a competency certificate?

A competency certificate issued by SAPS declares a person competent to own firearms in accordance with the stipulations of Chapter 5 of Act 60 of 2000 as amended.

What happens while a competency certificate is being processed?

Before a person can apply for a firearm licence, and while waiting for the competency certificate to be approved, there are a few things that he or she will need to prepare. The applicant can choose and purchase a firearm at any point during the process, but it needs to remain in the dealer’s (or owner’s) custody and the new owner will only be able to take possession of it once his or her licence has been granted.

This is the ideal time to shop for a SABS certified safe, which must be mounted to the wall or floor (or both if you prefer) by means of rawl bolts, to be ready for when the DFO will come to do a safe inspection.

Is there a way to “streamline” your licence application?

No, there is no way to streamline the process or obtain a licence to own a firearm except for completing the two processes. The two phases cannot be done at the same time too.

What are the advantages of making use of an agency providing these services?

Authorised agencies are well established and driven by years of experience in this industry to handle any type of matter you may refer to them with regards to the Firearms Control Act. They can refer an applicant to the best firearm trainers, dealers, associations, and more and in the case of your application being turned down, assist you in an appeal procedure or new application process.

How long will it take to obtain the Competence and firearm license take from the SAPS?

This process depends on the load they have, approximate and normally 12-15 weeks for the competence and another 3-6 weeks for the license if there are no other delays.

How long does it take to obtain the competency certificates?

When the tests have been marked, the certificates are printed for trainees to collect, normally in the same week so that they can start the process of application.

How many training courses can a person do?

A person can complete as many training courses as he or she likes, since you don’t need to own the relevant firearms. These are usually supplied by the training provider for your training.