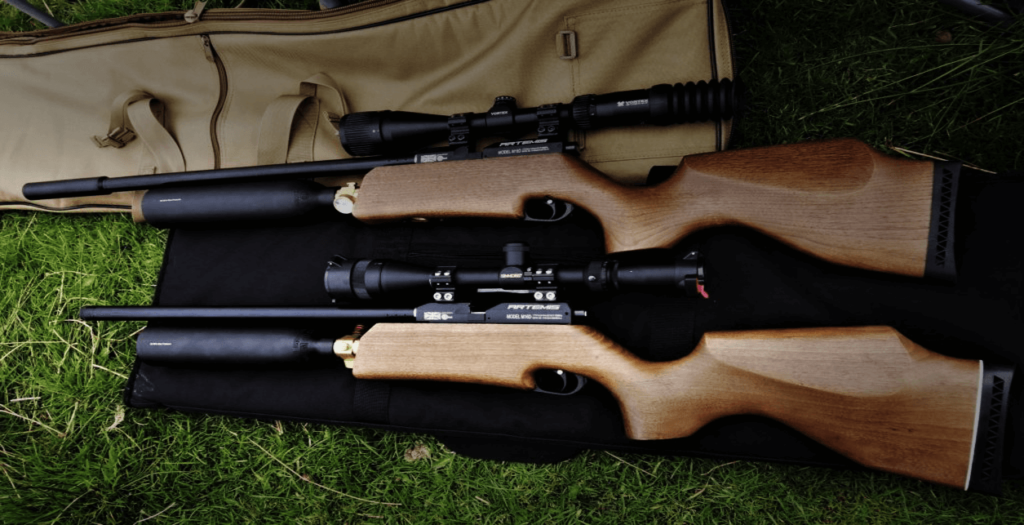 Many boys dream about the day they can own or handle their own air gun and even adults still like to use this kind of gun for target shooting.

Before you go and buy, or start using your air gun however, you should familiarise yourself with the rules and regulations around its use as set out in the Firearms Control Act (Act 60 of 2000, as amended up to 31 January 2015) (FCA).

The term ‘air gun’ may include air pistols, air rifles, air bows and so-called BB guns, whether they are powered by gas ram, spring or compressed gasses.

Of course it is wise to first find out how many different types of air guns there are, which type of air gun will be best for you and compare detailed information about all types of air guns and each type’s advantages and disadvantages before you start searching for the best air gun for your needs that you can find on the local market.

In Terms of the Law – the Firearms Control Act, an air gun is any air gun with a calibre of below 5.6mm regardless of its power or energy at the muzzle.

It can also be any air gun with a calibre of 5.6mm and above but which is manufactured to be incapable of shooting at powers or energy of no more than 8 joules or 6 foot pounds at the muzzle.

In South Africa, in terms of the FCA, any air gun that exceeds both the 5.6mm calibre and muzzle energy of 8 joules or 6 foot pounds, is classified as a firearm and a firearms licence is required to own and operate such a Large Calibre Airgun (LCA) class air gun.

There are basically five types of air guns: spring powered, gas piston, pre-charged pneumatic (PCP), variable pump and CO2 air guns. Each type has unique characteristics, but they all are named according to the way they operate.

In a spring air gun there is a piston and a coiled spring inside the chamber. When you cock the gun, the spring is compressed and when you pull the trigger, the spring gets decompressed and causes the piston to move forward.

The piston movement compresses the air and the force from the pressurised air propels the pellet out of the muzzle.

A gas piston air gun, also called gas strut or gas ram, has a mechanism similar to the spring-piston gun, but with a gas-filled cylinder instead of a coiled spring. The air in the cylinder is already compressed and when you cock the gun, you just apply more pressure to it.

The pressurised air is kept under tension and when you release the trigger, the pellet is discharged out of the barrel due to propellant force of pressurised air.

Gas piston air rifles have many advantages over a spring air rifle and are very popular for informal target shooting.

PCP air guns use high-pressurised air in their chambers as the propellant force to discharge a pellet. The pressurised air is compressed by using scuba tanks or hand pumps and once the desired pressure level is reached, the gun is ready to use. PCP air guns are popular as a next level for collectors, due to many benefits for serious shooters.

A variable pump gun has a piston and a pressure cylinder in the chamber. When the gun is cocked, the air between the piston and cylinder is compressed and forced into the cylinder. The cylinder has a lock valve that allows the air in and keeps it there until the trigger is pulled and the pellet is then propelled due to the force of the compressed air.

CO2 air guns work in the same way as a PCP air gun but uses carbon dioxide (CO2) cartridges instead of pressurised gas as power source. When you pull the trigger, the compressed CO2 is released and causes the pellet to move forward inside the barrel.

Popular Uses of an Airgun

Target shooting should provide more than enough challenges, but if you want to use it for hunting, you must be careful to only do so on private property and with written permission to shoot.

You must also adhere to any legislated game species lists, open hunting seasons and other regulations contained in the FCA.

Don’t shoot air guns in your yard if you live in a built up suburb and all safety procedures must be adhered to.

Although air guns do not require a firearm licence in South Africa certain provisions in the FCA treat the use and ownership of air guns the same as for firearms. Some of these offences listed in the FCA which apply to air guns include:

Causing bodily injury to any person or damage to property by negligently using an air gun.

Discharging or otherwise handling an air gun in a manner with reckless disregard or likely to injure or endanger the safety or property of any person.

Having control of a loaded air gun in circumstances where it creates a risk to the safety or property of any person.

Handling an air gun while under the influence of a substance which has an intoxicating or a narcotic effect.

Giving control of an air gun to a person known to be mentally ill or under the influence of a substance which has an intoxicating or narcotic effect.

Point an air gun, whether or not it is loaded or capable of being discharged, at any other person, without good reason.

Discharge an air gun in a built up area or public place.

Air guns are not toys and should be treated with the same respect as any dangerous firearm, used responsibly and by following the common-sense rules set out below:

Choosing the best air rifle is easier when you know which type of air guns are available in the market. Each different type of air gun has both advantages and disadvantages; therefore it all comes down to your choice and preference.

Whatever type of shooting you want an air gun for, you should first make sure whether you need a licence for it, if you have a safe storage place to keep it away from children and unauthorised people and that you may legally use it in your surroundings.

Even if you don’t need a licence to possess the air gun, make sure that you are acquainted of any transgressions according to the FCA to be able to adhere to legal use of your air gun.

What is the legal definition of firearms?

A firearm is any type of gun designed to be readily carried and used by an individual. The term is legally defined further in different countries. In South Africa it is described in Section 1 to the Firearms Control Act, Act 60 of 2000.

Is a rifle and a gun the same thing?

Although the term “firearm” is used as synonym for the term “gun,” only those high-muzzle velocity firearms which need a crew to handle such as field guns, tank guns, and artillery guns like cannons and howitzers are referred to as guns. The difference between guns and rifles is that guns are made up of a tubed body and fire on the target with the help of pneumatic force, while rifles are made up of helical loops inside, which are responsible for the stable release of the bullet into the target.

Airguns still count as firearms if used in a crime and can’t be fired in public areas. Airguns may be carried on one’s person concealed or openly. It is an offense to shoot animals and human beings, except criminals and animals which are attacking you.