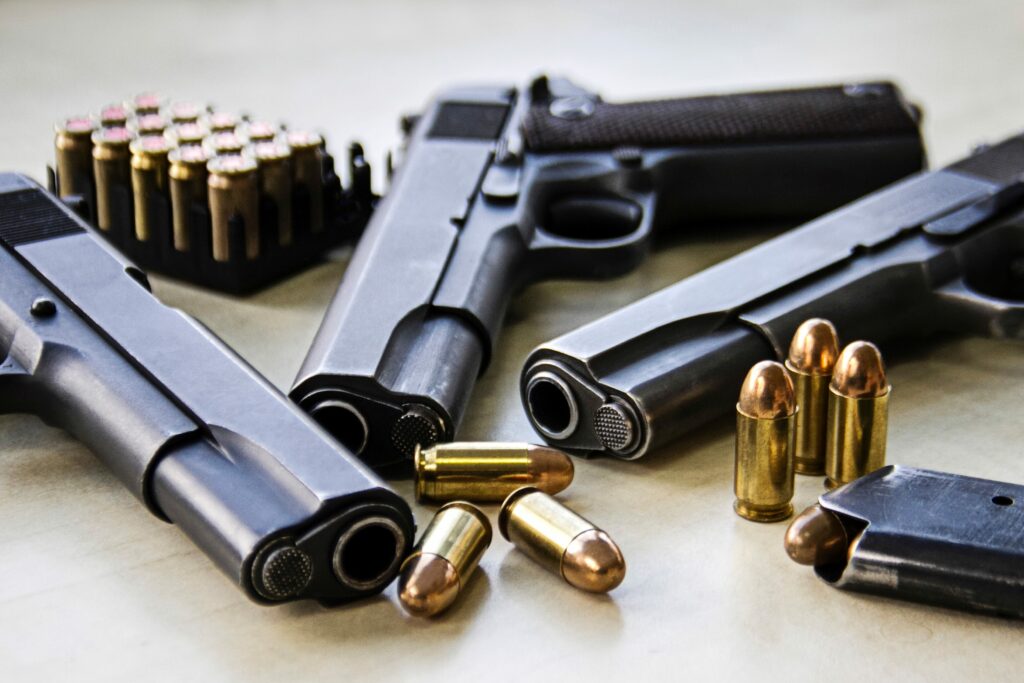 SAPS do not recognise the green licence of that firearm anymore.

It is also important to check that the white licences are still valid – even if you do not have the licence card in your possession or never received it. If the SAPS system shows that you have a valid white licence but no white card licence for that firearm, ask your DFO to request a re-print of that licence.

Gun Guide: How long does it take to get a firearm competency certificate?

It is important to note that, under the SAPS’ current policy, only an amnesty can provide a legal framework for an application for a new firearm licence for someone who is in illegal possession of a firearm. As we all know, one of the conditions of amnesty was that people with expired licences had to surrender their firearms to the nearest police station while they waited for the outcome of their new licence application.

Assure Your Family’s Safety by Protecting Yourself with Firearms Guardian

The last amnesty period ended on January 31, 2021, and there is currently no amnesty available. However, there have been discussions and attempts by various hunting organisations to request an extension of the amnesty period for a variety of reasons, including Covid 19 restrictions and the availability of designated police stations.

There have been no directives from the Minister of Police in this regard to date.

As a result, if you find yourself in possession of a firearm with an expired white licence, you may be in illegal possession and committing an offence.

The dilemma of firearm owners with green licences

It is important that firearm owners should be aware of recent developments in respect of the continued validity of licences that had been issued in terms of the previous Arms and Ammuntion Act (Act 75 of 1969), commonly referred to “old green licences.”

Old green licences didn’t have an expiry date and were therefore valid until the owner died or sold the firearm. When the new act, the Firearms Control Act (Act 60 of 2000) came into existence on 1 July 2004 it prescribed that old green licences had to be renewed.

The New Act further provided that all old green licences that were not renewed, would expire on 30 June 2009 where after the possession of such firearms would become illegal.

In 2009 the SA Hunters and Conservation Association however challenged the constitutionality of the transitional provisions of the New Act in the High Court and brought an urgent application for an interim order to govern the legality of the green licences pending the outcome of the main application.

In June 2009 an order was issued that all licences issued in terms of the previous act would remain valid pending the outcome of the main application, and the police regarded all old green licences to remain valid.

In February 2016 however a directive was issued that the interim order was only valid in respect of firearms that had never migrated to the new system and that once a white licence card had been issued for a firearm, the old green license was no longer valid.

The effect is that if a firearm owner had an old green licence, and renewed the licence to get a white licence, but allowed that new white licence to expire (for whatever reason) the owner is in illegal possession of such firearm.

This resulted in the only firearm owners presently being regarded as being in legal possession of a firearm by the Police, are those who have old green licenses in respect of a firearm that was never relicensed in terms of the new act and if a firearm has a valid white license.

If any white licence mentioned above had lapsed, you could participate in an amnesty which ran to 31 January 2021.  It was the only manner of getting that firearm licenced on your name again.

In effect that meant that legal firearm owners were once again at the shortest end, since no criminals did hand in illegal firearms under any amnesty.

People with lapsed white licences are also no longer protected under the interim court order obtained by Gun Owners of South Africa (GOSA) on 27 July 2018 in the Gauteng High Court since the SAPS Appeal against that, was upheld by the Supreme Court of Appeals.

People with lapsed white licences, are thus now once again obliged by law to hand in firearms for destruction if the white licence for such a firearm has lapsed.

Until the prolongation of the legal validity of all green licences has been confirmed by a court and following the Constitutional Court’s 2018 order and the Supreme Court of Appeals’ order of 2020, a person who is in possession of a firearm of which the white licence has expired, had only two options:

The first is to surrender such firearm with SAPS for destruction, or secondly, to participate in the new amnesty to again get such firearm licenced under their name.

The procedure to apply for a new licence for the firearm

Gun Guide: May I use my spouse’s firearm?

Since DFOs are not always sure of the correct procedures to transfer green licences to white licences it is important that applicants know which application forms they must use.  It is suggested to fill in both an Application for a New Licence (SAPS 271 form) and an Application for Renewal of Licence in terms of the Previous Act (SAPS 517e form) and take both completed forms to the DFO when you apply to transfer your green licence(s) to white licence(s).  Also complete a Correct Safe Declaration and submit that with you application.

It is very important to make sure of the status of all your licences – whether they are only green or only white – and that you have the correct and valid competency to apply for new licences for the firearms you have only green licences for.

During September 2020 the State attorney was instructed from the Minister of Police to bring an application for the upliftment of the interim order which would lead to the licences of approximately 500 000 green licences (which have until present been regarded as being valid) would lapse and such firearms would be regarded to be in illegal possession.

Firearm owners with firearms with only old green licences must accept that the sooner they are converted to new white licences, the better. Such conversions must be affected by completion of a SAPS 517(e) -form and owners should immediately do the proficiency course and apply for a competency certificate.

When should a firearm owner renew his firearm licence?

A gun owner is obliged to renew his firearm licence at least 90 days before the expiry date.

How many firearms can one own legally in South Africa

If you are 18 or older, have a licence for a specific firearm and a safe that meets the requirements, you may keep a gun in your house.

Can I shoot someone trespassing on my property?

In general, property owners cannot shoot to protect property alone, but may shoot at trespassers in self-defence if they fear great bodily harm or death.