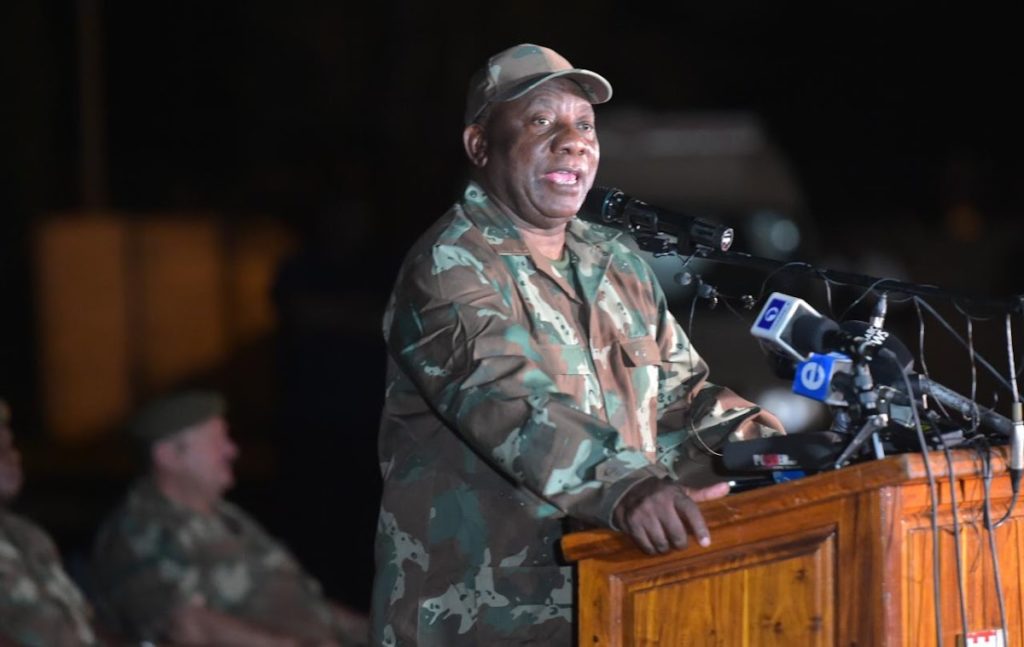 I write to you in my capacity as the Chairperson of the South African Gunowners’ Association (SAGA) which represents the interests of ordinary, law-abiding citizens that either choose to own firearms for lawful purposes or support legal firearm ownership.

Our plea to you is that the draconian Firearms Control Amendment Bill, 2021 be withdrawn.

SAPS flounders in the face of riots and looting

The Firearms Control Amendment Bill, 2021 seeks, among others, to remove firearms for self-defence and for private collecting, further seeks to place restrictions on the types of firearms that can be used by security companies, as well as to restrict sports shooting and hunting firearms. The Firearms Control Amendment Bill, 2021 also severely restricts the possession and collection of ammunition and outlaws reloading of such.

The riots, insurrection and looting that have taken place in parts of Kwazulu-Natal and Gauteng in the past week has caused havoc to South Africa’s international image, and has left malls, shops, factories, warehouses and other infrastructure in ruins. This has resulted in thousands of honest, hard-working people losing their jobs, their livelihood and income, leaving them and their families and dependents destitute.

Besides this, the damage to the economy is devastating to say the least with one of the largest motor vehicle manufacturers in South Africa and for that matter possibly in Africa, Toyota, threatening to close its factory and disinvesting from South Africa. The knock-on effect will be far reaching with parts suppliers, dealerships and other support industries having to close their doors. Farmers will no longer be able to have their Toyotas serviced and repaired and the effect will be felt even across our borders.

It appears that the intelligence community have failed in their task of gathering intelligence that would have prevented this catastrophe from happening. The South African Police Service, which has the Constitutional duty to protect the country and the citizens, appears to have found themselves incapable of dealing with the vast numbers of looters and criminals and have found themselves overstretched, under provisioned and totally overwhelmed through lack of training and resources.

How to safeguard your community and family in South Africa

You have reportedly said that you welcomed “ordinary citizens” who had been “defending their areas and assets. In SAGA’s view, had it not been for such law-abiding and ordinary citizens defending the lives and property of others, using the very firearms that the Firearms Control Amendment Bill, 2021 seeks to take away, the situation would have been very different.

By way of example, a recent poll on Gun Free SA’s twitter account resulted in 86% of the respondents advising that they felt safer with someone who had a firearm, while 8% felt unsafe, and the other 6% were unsure. To emphasize this, the TV programme Carte Blanche held a Facebook poll, and in terms of this poll 5% of respondents felt that the scrapping of firearm licences would reduce gun violence whilst 95% felt that it would not.

Being Lawfully Armed is a Life Saver

The Constitution of the Republic of South Africa guarantees the right to life, property, freedom of association and peaceful demonstration. It does not give any person or organisation the right to resort to insurrection, revolution, chaos and anarchy the likes that we have witnessed since 11 July 2021.

If the Firearms Control Amendment Bill, 2021 had already been passed prior to the 11 July 2021, the circumstances may have been entirely different with much more devastation and many more innocent lives being lost as a result.

In closing, Mr. President, the time to act decisively is now. By withdrawing the Firearms Control Amendment Bill, 2021  you would show your unequivocal support to those legally armed ordinary law-abiding citizens who have been on the front line of defending our hard-won democracy.

We accordingly request your full support in withdrawing the Firearms Control Amendment Bill, 2021.