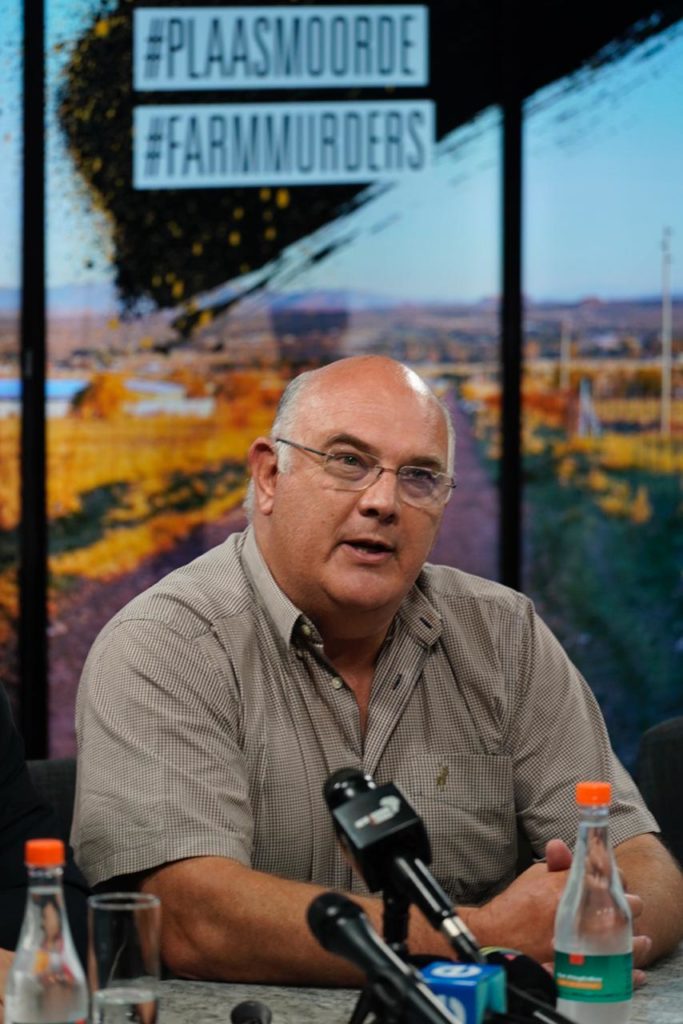 Minister Bheki Cele’s attempts to discard self defence as motivation to legally own a firearm, is not only senseless, but proves the distance between ANC government and reality.

To be a farmer in South Africa is worldwide acknowledged to be the most dangerous occupation to have. Confirmed and trusted statistics show shocking facts: Since ANC rule started in 1994, there has been an average of one farm attack every second day and every fifth day, a farmer, his family, guests or employees are murdered. Confirmed data also indicates that the chances for a farmer, his family, guests or employees to be tortured or killed for no reason, are bigger than in any current war, law enforcement action or acts of terrorism.

Latest brutal farm murder: Armed for self-defence is the only hope

As proven in most recent farm attacks/ murders last week, it is vital to be able to shoot back at attackers in order to survive such an ordeal. Every single research report, all data as well as testimonies of victims who survived such attacks, underline the importance of farmers, their families and employees to be able to defend themselves.  To be able-bodied, have firearms at hand and ready, and to know how to use them, is vital. Cele’s blatant efforts to disarm farmers , have no scientific proven reasons, but rather expose an obscure political agenda.

The tragic story of farm attacks and murders starts with the ANC itself. The late Peter Mokaba, leader of the ANC Youth League during the early 1990’s and later a deputy minister in the Mandela cabinet, popularised the chant “kill the farmer, kill the Boers” at mass gatherings. To this day the ANC was never prepared to condemn this chant or dissociate themselves therefrom. From this ANC ethos the horror of farm murders has evolved.

As seen in the EFF’s mass protests in Senekal, October 2020, after the young farmer, Brendan Horner was murdered, police were not interested in stopping the chanting of “Kill the farmers, kill the Boers” in this already highly tensed, explosive situation. They also seem to have the same attitude against thousands of social media messages that welcome and encourage inhumane, brutal torturing and murders.

During the early 2000’s the commando system – a cornerstone of rural safety – was dismantled, despite growing concerns over weakening farm attack statistics. Promises of an extensive reservist system that would replace the function of the commando system, remained exactly that……empty promises.

Fifteen years later this plan has still not been implemented.

Official data regarding farm attacks was for many years being kept secret, but decisive and trustworthy monitoring by a number of civil organisations, put a stop to the secrecy of the government in that regard. Despite widely published statistics on farm attacks, Pres. Cyril Ramaphosa still denied the phenomenon in 2018 at the United Nations in New York.

The police are well aware of their inability to stop or even reduce farm attacks. They acknowledge that reaction times in deeper rural areas are extremely slow. On top of this, the loss of firearms from police stations and by police officers themselves, is alarmingly high. Numbers run up to approximately 2200 per annum over the past 12 years. Furthermore the police cant account for more than 10 million rounds!. According to their own statistics, there are none others that lose firearms and ammunition to the hands of criminals, more than SAPS itself. Despite these figures, the mindless drive to disarm farmers, continues under the lead of the minister of Police.

Numerous civic organisations are fighting the ANC’s attempt to leave victims defenceless on all fronts of society. Parliament and courts are only two of the obvious battle fields, while both conventional and social media are being flooded with protests against Cele’s attempts. Saai’s campaign in the foreign media was carried by twenty of the world’s largest media groups, including Sky News, CNN, Washington Post and Deutshe Welle. The ANC was left with egg on its face during this saga.

In North America and Europe, the fate of South African farmers is classified under three main headers: expropriation without compensation, farm murders and the mindless disarming of victims. In the public discourse, these three aspects are being connected with each other, which leaves the ANC with an embarrassing story to tell.

In the meantime farmers must survive and keep their families and employees safe. They have to organise themselves into farm and rural security forums and reaction groups, to fulfil the most basic function of government – to protect innocent citizens. To do this effectively, they need to be armed for self-defence. When no alternative is left to protect your house, your farm and your family, it is unwise and unnecessary for a government to mess with legal firearm licences.

Dr. Theo de Jager is the President of the World Farmers organisation and Executive Board Chairman of the Southern Africa Agricultural Initiative (Saai)