We will keep our firearms, thank you Mr Cele. 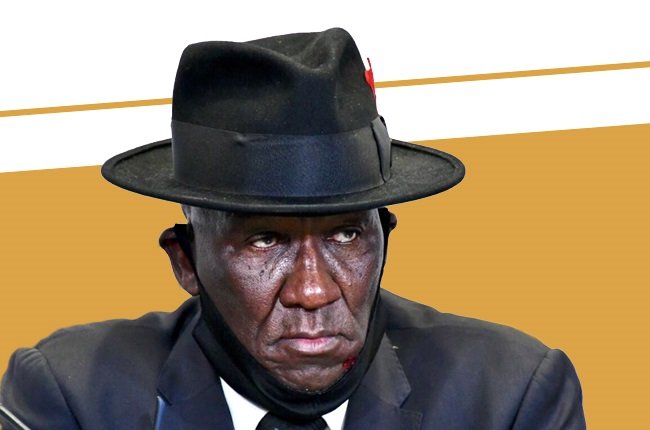 Mr Cele, we will keep our firearms, because you and the South African Police Service are not able to keep us safe. We unfortunately cannot trust you. A relationship based on trust cannot only be a one-way street. It almost seems as though you, as the minister of police, are promoting crime through your lack of action when it is required and through the misuse of thousands of honest, good people who still wear blue uniforms.

Mr Cele, during the past few days you sung high praise to the pathetic performance of police at Nkandla. You admitted, on record, that the police observed various offences and did not take action. You admitted, above all things, that several criminals at Nkandla, openly displayed firearms and discharged them. The police chose to ignore these reckless act of criminality.

In the last 12 months, innocent civilians were sprayed with water cannons where they were queuing for their grants, ladies in swimsuits were chased from beaches, some innocent people were even killed by armed forces and the poor trampled upon by ANC cadres, but to fire shots at Nkandla, is according to you, not a serious offense.

This is why Mr Cele, we shall buy even more firearms and encourage people to learn how to arm and defend themselves within the framework of the law. What other choice do we have, while you approve of armed criminals’ anarchist behaviour, as seen at Nkandla? How should we keep our families safe with a minister of Police, who promotes crime through silent diplomacy?

The answer is actually quite simple. The women and children in this country, will now, more than ever, learn about firearms and how to legally use them. How to safeguard and defend themselves, families, neighbours and communities will become part of their general existence.

I want to emphasise that women in South Africa are not to be underestimated. South African women are ready to, within the framework of the law, take up arms where you and your gang, fail to fulfil your constitutional mandate to keep them and their families safe.

The South African women that I know will not just sit back and wait to become a victim. The days when they were abused, raped and murdered – while you use “violence against women and children” merely for political sloganeering – is over.

I would like to challenge you Mr Cele to spend one night without your armed guards, alone as many women, in a small dwelling in the Cape flats, on a remote farm or informal settlement. I don’t believe that either you or any ANC executive would survive without the ANC iron fist that we once knew as the South African Police Service.

You are in the process of implicating yourself in the crime pandemic in South Africa and act in direct conflict with the so-called values that you are supposed to honour. Not only are you and the police under your leadership’s behaviour an embarrassment for communities, it makes people furious to see you once again choose ANC ideology above justice.

This is why Mr Cele, we would go the extra mile to train people within the framework of the law, to defend themselves with firearms. Communities increasingly realise that they are an asset to national safety- this of course in sharp contrast to how you overly promote the state’s total control and authority and try to force it onto innocent, law abiding citizens.

Mr Cele, the past weekend you promoted Jacob Zuma to the Pablo Escobar of South Africa with Nkandla being his own La Catedral.

There is no doubt that Zuma is a crook, but you Mr Cele, choose Zuma and his henchmen and abuse the police to escort them. The event of the past weekend was just that – an escorted parade of crooks.

The Wits report showed clearly that you and your paid campaign partners, Gun Free South Africa, used blatant untruths for more than 7 years, to pursue your ideological agenda. You forgot to mention that the Wits report very clearly states that less than 5% of crimes committed and reported to the police, has anything to do with the Firearms Control Act.

Mr Cele, are you aware that most firearms used during cash-in-transit robberies, are state issued firearms? R1’s, R4’s and R5’s are normally seized, if anything is seized at all. Do they also have access to the 10 million rounds of ammunition you lost in recent years?

Mr Cele, you leave communities in South Africa no choice other than to organise themselves and fortunately we know how to do it. There are tons of technology, know-how and skills available that are lost to state structures, mainly because of their politically driven beliefs. That is why communities can now within the framework of the law, use those very well to protect themselves with competent support.

Often the ANC and specifically the Zuma/ Cele faction, accuses anything or anyone who opposes them in the name of law and order of colonialism. Now the ANC are doing exactly that. Mohandas Ghandi said: “Among the many misdeeds of British rule in India, history will look upon the Act depriving a whole nation of arms, as the blackest.”

Herewith I want to urge everybody to support his/ her local firearm shop and training centre. To obtain a certificate of compliance, firearm license and further training, might seem like a bridge too far.

Start with the process to ensure that this minister of Police does not get the upper hand when it comes to your safety. Join your neighbourhood- or farm watch organization and make sure you start to ensure your safe future.

We shall not fight evil with empty hands.

If you don’t know where to start, follow this link:

Ian Cameron is an independent community safety and violent crime expert in South Africa. Ian is the founder of firearms.co.za and serves on the board of #SafeCitizen.