Gun Guide: I have inherited a firearm, what now? 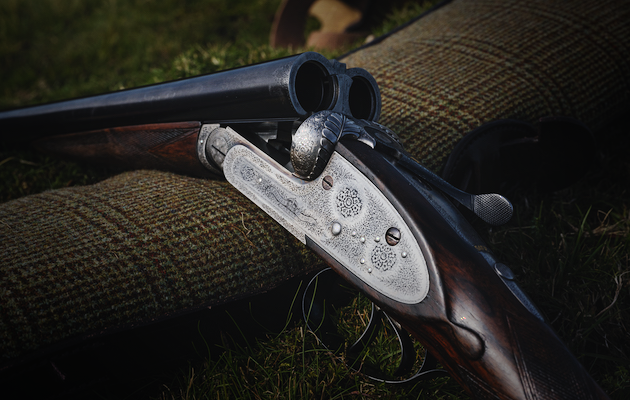 With a firearm part of many South African households, it often happens that a member of a younger generation is left with such a firearm as inheritance.

While this may be of utmost emotional value to, for example, a grandson to inherit his father’s hunting gun, which the latter in turn inherited from his father or grandfather, it may also leave him in dire straits if he doesn’t know how to handle the legal issues around the valuable commodity and become the legal owner of such a firearm. After all, the last thing he would want, is for the firearm to be confiscated due to it being legally possessed by him.

There are specific processes that such a person must follow after inheriting a firearm. These processes has the purpose to ensure the legal possession of the inheritance if a person does not already have a competency certificate for the firearm he or she has inherited.

Regulations in South Africa that must be followed

The Firearms Control Act, 2000 (Act No 60 of 2000) and the Firearms Control Regulations, 2004, impose specific requirements on a person who, under any execution warrant issued by a court of law, or letter of executorship, letter of administration or letter of curatorship from the High Court or the Master of the High Court, acts as messenger of the court, bailiff, executor, administrator, trustee, curator or liquidator of the estate of a person who possesses a firearm and/or ammunition.

There are four options that a person who has inherited a firearm can choose between. According to the Firearm Control Act, they can do one of the following:

The heir must make sure that all the documentation associated with the firearm is correct and complete to avoid being charged for illegal possession of the firearm.

Starting the process to legally own the inherited firearm

If a person inherits a firearm and he or she wishes to keep the firearm, the person must apply for an appropriate licence, permit or authorisation in terms of the Firearm Control Act.

The Firearm Control Regulations of 2004 inflict specific requirements on both the possession and the safe storage of such firearms and ammunition that may go with it.

Firstly, there are certain responsibilities imposed on the executor, administrator, trustee, curator or liquidator of an estate. He or she must compile an inventory of all the firearms, ammunition and firearm parts that was possessed by the holder of a licence, permit or authorisation and this inventory must clearly indicate the following:

Within 14 days after receipt of the letter of appointment of the seizure of the firearms, this responsible person must deliver notification containing the following particulars to the Central Firearms Register:

Applying for the Competence Certificate and firearm licence

When an applicant has completed the competence training and received the training certificate from an accredited training provider, he must apply for a Competency Certificate at the SAPS.

The application and supporting documentation must be submitted to the local designated firearms officer (DFO).

What is a Competency Certificate and who can obtain it?

The FCA requires that an application to possess a firearm, trade in firearms, manufacture firearms, or be licensed as a gunsmith be submitted accompanied by a Competency Certificate.

To obtain a Competency Certificate, the candidate must:

The person must further be –

Once a person has obtained the competency certificate, he/she can complete a SAPS Application for a Licence to Possess a Firearm and submit it to the local DFO.

A person may possess four firearms for the purpose of occasional hunting or sports shooting but if a person is in possession of a firearm licence for self-defence, he/she may only apply for three firearm licences for this purpose since ownership may not exceed four firearms.

On successful application, you have to install a firearm safe according to SABS standards within 14 days. An inspection of your premises will ascertain whether you have met the requirements before you may take the firearm in possession.

Safe storage of firearms and ammunition for estates of deceased persons

If an heir of an estate of a deceased person holds a licence, authorisation or a permit issued in terms of the Act, he or she can provide safe custody for the firearm and ammunition if the executor does not have the required storage facilities and the executor issues a letter of consent to the heir for the safe keeping of the firearm, stating the details of the licence of the deceased and the make, type and calibre of the firearm, as well as the manufacturer’s serial number or any identification marks reflected on the firearm. A copy of the letter of consent must be filed with the relevant designated firearms officer for the area and firearms may only be stored and not used until the appropriate licences have been obtained.

More points to consider in connection with the safekeeping and storage of the firearms of a deceased person includes the following:

The executor or person administering an estate must be given full particulars of the deceased’s firearms and ammunition so that an inventory can be drawn up in accordance with Regulation (103) (a) of the Firearms Control Act.

An executor must also be given the full particulars of all the deceased’s firearms and ammunition in safekeeping with a copy of the permit if such a permit was issued.

I want to be a gun collector, how do I legally collect firearms in South Africa?

If the executor, next of kin or heirs cannot find a firearm, the procedure for stolen or lost firearms must be followed.

The options for the disposal of a legal gun are the following:

A person can only take possession of an inherited firearm once a licence for that particular firearm has been issued to him or her.

The South African Police Service has several times warned the public against illegally being in the possession of a firearm inherited from a deceased person’s estate.

If a person has inherited a firearm and is not sure what to do, it would be best to approach the designated firearm officer at the nearest police station for advice.

A person can only take possession of a firearm once the licence for that particular firearm has been issued. It is also recommended that an heir rather get the professional assistance of a lawyer conversant with the FCA to assist in this process.

Can you keep a firearm that was inherited from a deceased family member?

Yes, providing that you follow the procedure to legally obtain the relevant licence to own the firearm.

What must an heir do if he or she does not want to keep an inherited firearm?

If a person does not want an inherited firearm, he or she can hand it over to a dealer or to the police to be destroyed.

What must an heir do if he or she wants to keep an inherited firearm but does not want to shoot with it?

The heir can arrange for the firearm to be deactivated by a gunsmith, but the gunsmith must issue a certificate to confirm that this has been done.

What must an heir do if he or she wants to keep an inherited firearm and wants to shoot with it?

If an heir wants to keep and use an inherited firearm, he or she must apply for a new licence in terms of Firearms Control Act. He or she will have to obtain a competency certificate to own and handle that specific firearm and may only take possession of the inherited firearm once he or she obtained the relevant licence.