I want to be a gun collector, how do I legally collect firearms in South Africa? 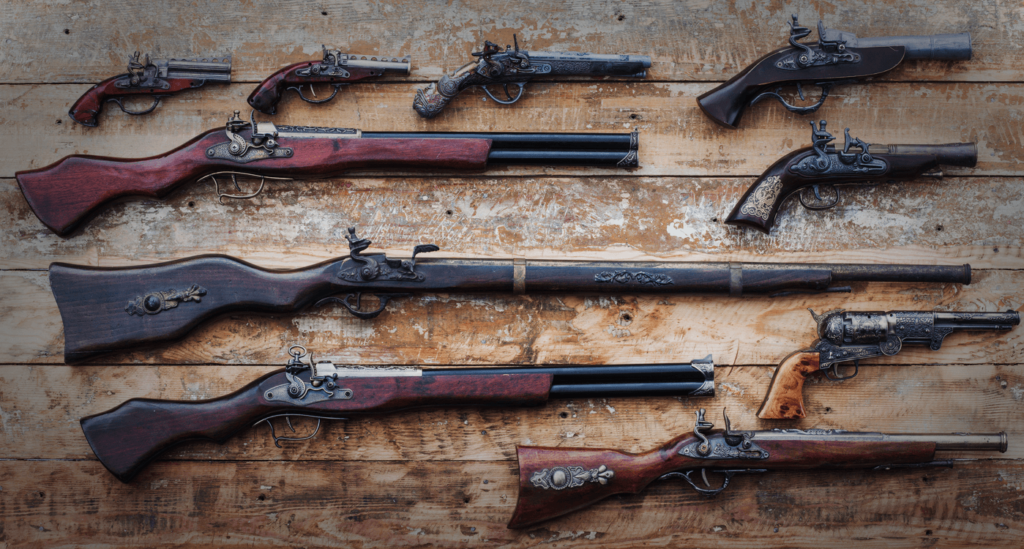 Collecting firearms can be an exciting and pleasing hobby for gun enthusiasts. Whether it is practiced as a simple pastime or life-long activity, the excitement of finding and acquiring an item that you have been searching for, remains a novelty.

One of the most appealing aspects of collecting firearms is that a collection need not be rare, old, expensive or very large to provide value to the person that collects it. This creates an even playing field between collectors since one never knows what items in the pool of available firearms might be desirable or not for a particular person.

Buying guns to sell them in the future may also be a profitable way to cash in but purchasing guns as an investment rarely offers a quick turnaround for profit. Guns can be an investment though, and they can be a far profitable one than some other items you may already purchase with the same purpose.

Doing it legally of course remains the most important factor in South Africa, since you do not want to either lose a valuable collection to confiscation or not be able to buy coveted items due to not obtaining the correct licences to own them.

Guns collected as an investment

High-quality, well-maintained guns rarely depreciate in value, but it is not a given. In the past several years there has been lots of tightening gun laws and talks of even more stringent rules, even banning certain guns altogether.

Since it is very difficult to predict the future of gun collecting, investing in such items can be a big gamble.

But if you’re looking to invest in guns for the long term, give attention to firearms with a history. Different collectors look for different things in firearms but a gun from a popular manufacturer that is in pristine condition (preferably never been shot) and has a history will achieve the highest value.

If you know absolutely nothing about firearms, you should do some research and learn more about it first, apart from being honest and knowing what you like about firearms. It is after all most important that you feel good about your investment.

Collectible guns can cost quite a lot; therefore it is important to be as educated as possible before you make any purchases.

A gun’s depreciation in value is further dependent on the time it will take for a newer model to come on the market. Fortunately the firearm industry isn’t nearly as progressive as for example, the electronics industry.

Apart from being fine-tuned a little, pistols and revolvers and auto-loaders haven’t changed much for many decades. Nothing in the core functionality of the firearms has drastically changed, in fact, some of the most successful models haven’t changed at all. The newer model of a pistol is not much different from its predecessor other than perhaps sporting a newer look.

Even when naming newer models, manufacturers often prefer to name these new models by just using a generational code rather than naming a newly wrapped model something completely different. Due to these firearms’ function and core design not changing, most guns don’t depreciate at the same rate as goods in other industries.

Firearms are made to last, so any well-kept firearm should last a lifetime. Although a few components can break or you may need to replace a spring or part of a trigger assembly, firearms are tremendously durable when handled with proper care. Most firearms are also extremely simple to maintain and most replaceable parts on a firearm are relatively cheap.

Things you should know before starting a Gun Collection

With the benefits of owning a firearm reaching further than the ability to protect yourself and your family from intruders and collecting antique guns could result in a financial windfall, it is important to mind the following:

What makes a gun worth collecting?

The first question to ask is whether a gun has any collector’s value. An expert’s input will always come in handy, but there are five key elements that determine the collectability and value of a firearm: condition, rarity, historical significance, unique features, and interest by the collecting community.

A gun’s condition is the greatest indicator of its collectability. The more pristine, the more valuable it is, providing it matches its age. A gun’s finish must show that it hasn’t been tampered with or modified from its original state.

Gun Guide: How many firearms can you legally own in South Africa?

A gun is likely to be rare if the demand for it is greater than the supply of its production run. Rarity can also come from the age of a firearm since guns that can stand the test of time, can be highly sought after.

Some firearms played pivotal roles in history, increasing its significance. Guns that became famous during wartime invoke images of battlefields and legendary marksmanship and can be highly collectible – especially if previously owned by famous individuals.

Firearm brands that were the “first to do” something can have more value, as are older firearms marked with early production serial numbers.

Interest from other collectors

Finally, there must be a buyer for the gun. No interest from collectors means less demand and decreased value.

Section 17- Licence to possess a firearm in private collection

In terms of the Firearms Control Act, a person may apply for a licence to collect certain prohibited firearms and devices mentioned in chapter 4.

Licences that may be issued for otherwise prohibited firearms ins private firearm collections, but would be an offence if the holder of such a licence does not adhere to the following:

The same regulations apply to ammunition collections. It is also an offence to possess more than 200 rounds of ammunition of a particular calibre, unless as such approved by the Registrar.

Such a licence is valid for 10 years, unless it is cancelled or terminated in terms of the Firearms Control Act.

Safety measures for the display of firearms in a private collection include that the private collector may only publicly display a firearm if it is unloaded; a handgun must be displayed in a lockable display cabinet; or if the firearm is on open display, it must be made inoperable by means of a secure locking device.

The firearm can also be securely attached to a non-portable structure, in such manner that the firearm cannot readily be removed and not readily accessible to ammunition that can be discharged from it.

There must be an electronic burglar alarm system on the premises and all windows that can be opened must be secured with burglar proofing and exterior doors must be able to be securely locked and has a security gate.

Otherwise prohibited firearms and devices may be licensed under section 19 of the Act when that firearm or device has a clearly definable intrinsic and remarkable heritage significance acknowledged by the South African Heritage Resources Agency in accordance with the National Heritage Resources Act, 1999 (Act No. 25 of 1999).

It may also include firearms that are collectable in  view  of  their age, which must not be less than 50 years calculated from the date of its manufacture, together with at least one attribute of  collectability regarding its historical, technological, scientific, heritage, educational,  cultural  and artistic value, or any other aspect that may be deemed appropriate.

If a collectable firearm or device does not readily conform to the set combination of age and attribute of collectability, further considerations that may apply  include that its production must have been discontinued for at least 10 years with the actual possibility of it becoming of collectable interest from a historic, technological, scientific, heritage, educational, cultural  or artistic perspective.

If a firearm is part of a commemorative or limited edition and could count as part of a demonstrable theme of future value, and this future value can be sufficiently motivated or it is accepted as associated with famous or infamous people or events, it can also qualify.

Similar conditions for a firearm to qualify would be its current national or international scarcity or rarity, its unusual or unique design, materials or method of manufacture of historic interest, when it was custom or one-off built by a well-known gun maker or gunsmith or is a prototype or part of a limited production run. Replicas of a well-known historical firearm will also qualify.

Safety measures for the display of firearms in a public collection prescribe that the firearm must be unloaded; the firearm must be secured by a chain or metal  cable that is passed through the trigger guard, with one end of the chain or cable attached to a wall or permanent fixture on the premises and the other end attached by a lock to a wall or permanent fixture, in a way to prevent the removal  of the firearm by a person other than the public collector or a person so authorised.

Collecting firearms has the potential to be an exciting and pleasing hobby for gun enthusiasts in South Africa with the added appeal that a collection that is rare, old, expensive or very large, could provide value to the person that collects it.

Following the regulations to do it legally of course remains the most important factor, since you do not want to lose a valuable collection to confiscation or not be able to buy more coveted items due to not having the correct licences to own them.

In terms of the Firearms Control Act, a person may also apply for a licence to collect certain prohibited firearms and devices, but such licences may only be issued for otherwise prohibited firearms ins private firearm collections, if the collector adheres to all the regulations.

Is firearm collecting as a hobby allowed in South Africa?

Yes, it is allowed, providing the collector obtains the prescribed licences or permits and follow the rules for displaying the firearms.

Does a firearm collector need a licence to keep firearms, even if he doesn’t intend to use them for shooting?

Yes, a collector needs to have the correct licences to own the firearms in his collection, even if he will not shoot with them.